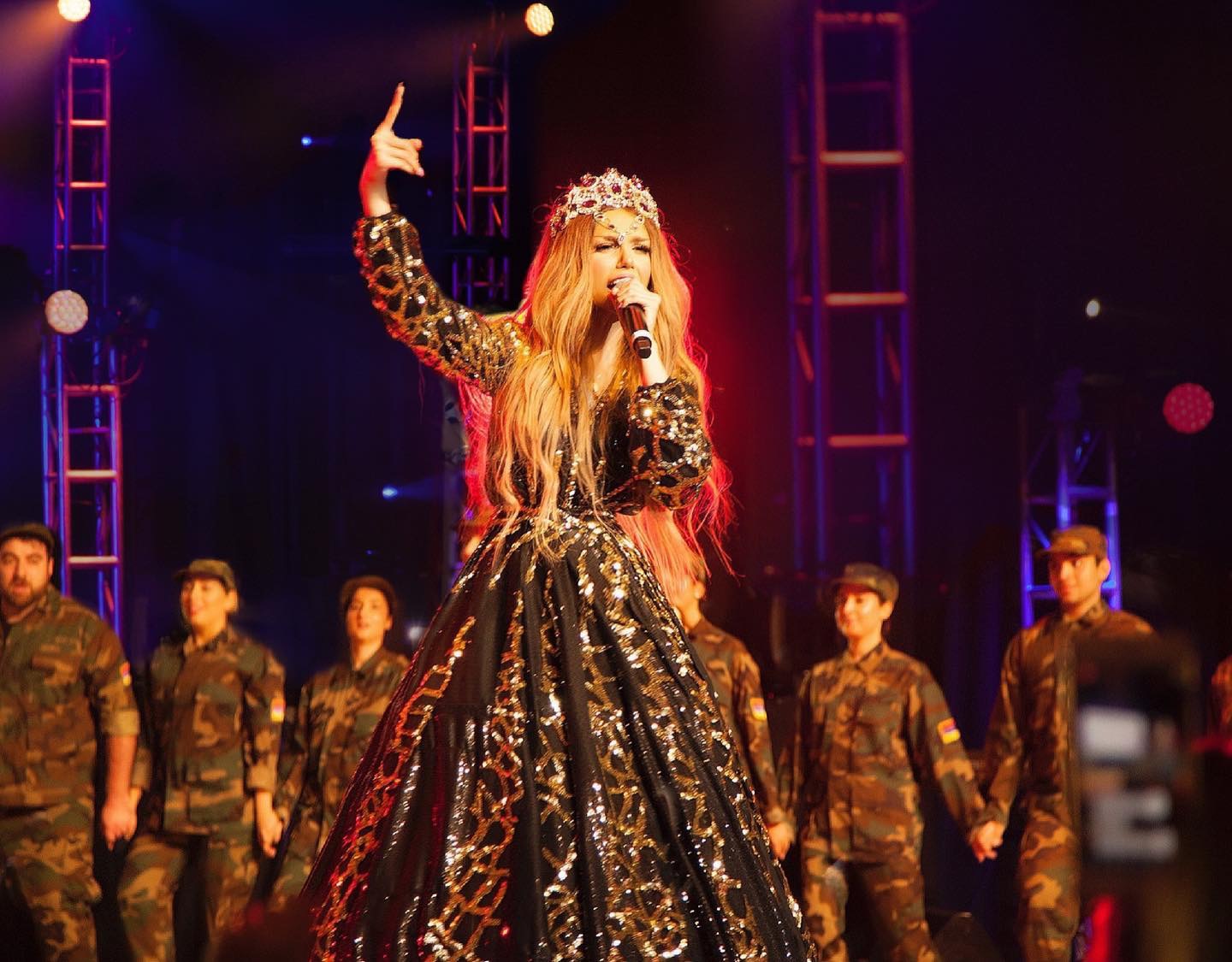 WINCHESTER, Mass. — She got the audience on their feet and she brought the house down. On September 27, pop singer Lilit Hovhannisyan took her unique stage show and pop stylings from Yerevan to Boston. As part of her 75-city world tour, Hovhannisyan, her band and dancers made her East Coast debut to a rapt audience at Winchester High School’s auditorium.

Hovhannisyan is a self-made global rising star. Joining her for several numbers were local children from Zangakner Ensemble, led by Hasmik Konjoyan, who made a special trip from Los Angeles for the event, and the Erebouni Dance Ensemble, led by Arman Mnatsakanyan. She opened with the funky Te Aghjik Lineir. She was quick to lay down the rules, saying: “I want you to sing and dance with me.” She then launched into Mayrik, a prayer song, written by her jazz pianist husband Vahram Petrosyan and dedicated to her mother. Rounding out the show, she performed her classic tracks, Piti Gnank, Acapella, De El Mi, Gnchu, and Im Ser Atum Em Kez in between sprinkling messages of affirmation and telling stories connected to her songs.

What the fans came to see was this young pop singer who is humble yet charismatic. She hasn’t lost her human touch, and, most importantly, has a very powerful voice and puts on a spectacular show and in turn they responded enthusiastically, dancing and singing in the aisles.

“This event was a fundraiser for the Erebuni Armenian School. We took a risk because this was a completely different type of concert and we weren’t sure how the audience would accept it. But I am glad we did it because we received an overwhelming positive feedback from the attendees and beyond, even from those who couldn’t make it but heard about it. We thank Lilit for engaging the audience and connecting with the guests,” said Armine Manukyan, the principal of Erebuni Armenian School.